A Career in Christmas Wishes

A Career in Christmas Wishes 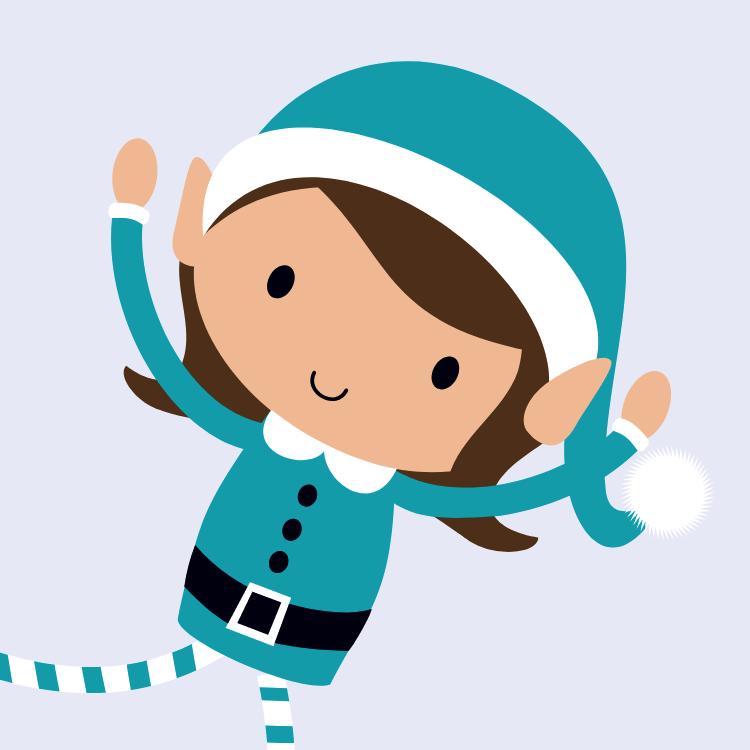 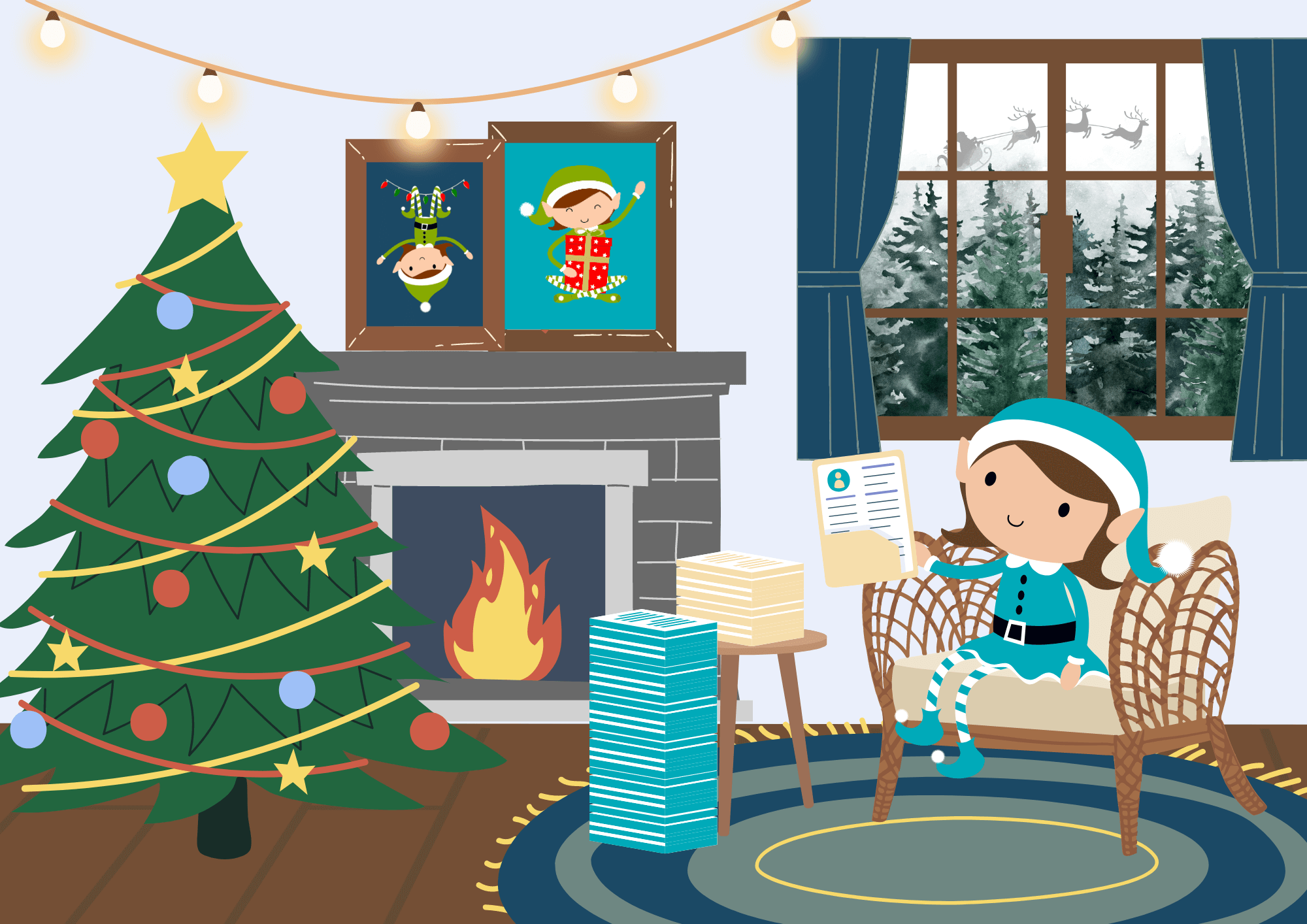 “Recently graduated with a Scroll in Toy Making from Elvenson University…” might be inexperienced. I put the application aside.

“Not a Scroll holder… but is currently working as a Puzzle Toy Designer…” Too bad it isn’t in ‘Modern Toy Making’, I thought to myself while scooping a spoonful of pumpkin soup into my mouth.

I reached out for the next and read “5 Christmases’ experience of Night Shoe Making at the Old Cobbler…” I wonder if this experience is relevant to the position. I repeat the process of flipping the résumé face down for the 656th time onto the towering ‘Maybe Not’ pile.

I’ve always known that working at Santa’s Toy Company was every Elf’s dream, but deer, oh reindeer did I forget what a dream it was. So here I am during my lunch break, swamped by a stack of résumés as tall as the office Christmas tree, filtering through applications.

“Hey Sara!” chimes a voice, startling me into spilling my lunch all over the desk.

“Oh, sorry, didn’t mean to surprise you. Here, let me help” he says as he grabs his pointed hat off his head and tries soaking up the mess (or in this case, spreading the mess).

“It’s alright Tom, it’s alright, I was done anyway,” I say, trying to make him stop while picking up my favourite candy-cane-shaped pen out from the puddle of soup.

“I’m sorry, I just wanted to see how you were doing,” he says. “... and uhm, see if you’ve gotten my cousin Eva's application,” he continues meekly while squeezing soup out of his hat into the trash bin beside my desk.

“Well I know she may seem young or inexperienced, but if you just met her, you’d see that she’s—” he says, before I squeeze in.

“I’m sorry Tom, I have to run, I’ve got a meeting, so I’ll talk to you later, okay?” I say, scrambling to put on my sweater and scarf as I dash to the elevators, feeling a little guilty about making up the excuse.

“If you need me, I’ll be right here,” says Tom as the elevator doors close.

How could I tell Tom that his cousin wasn’t exactly qualified for the position? Not without a Scroll and working experience in electronics-based toy making. We’ve had to keep up with the times, and the Modern Toys department is crucial in delivering a huge chunk of Christmas wishes in the 8 to 12 years old market segment.

As I walk past the lofty 20-metre tall Christmas tree in the lobby and through the revolving doors, I continue deep in my thoughts, “Which is why whoever I put forward as Associate Modern Toy Maker is equally important.”

“They have to be well-qualified and experienced, and—” abruptly, my thought is interrupted.

I feel a bang against my left shoulder and see a cardboard box flying into the air. Various wooden pieces, gears, wires, and sparkly green and silver circuit boards scatter across the pavement.

“I am SO sorry, I didn’t see you there!” says a bubbly voice in an apologetic tone. I snap out of my thoughts to see that I’ve bumped into a young Elf picking up the pieces. She looked no more than 22 Christmases old.

“No, it was my fault, I wasn’t looking where I was going,” I blurted out. “What is all this? If you don’t mind me” I continue, while putting some of the pieces back into the box.

“Oh, these are some rejected toy parts from Santa’s factory,” she says, a little out of breath. I must have given her a look of surprise tinged with suspicion, when she quickly added, “I get them from my cousin, he’s working here at Santa’s Toy Company.”

“Don’t worry, I’m not with the Pole Police,” I assure her with a smile. “I’m in Elf Resources at the company,” I added.

“Oh no, I didn’t think you were,” she says with a sigh of relief from my comic attempt before continuing, “Well, I take these rejected parts and turn them into toy kits with electronic components, which I hope one day will make it into Santa’s big red sack for the children.”

With a glitter in her eyes, she adds “Just a passion I have… making boring wooden toys all new and exciting when I’m not working at Horton’s Puzzle Toys”.

“That is really interesting,” I say. In a moment of realisation, I continued, “Hey, you wouldn’t happen to be Eva, would you?”

“I AM! How did you know that?” she squeals in surprise and joy.

“Well, for one thing, I think I know your cousin, Tom.” I say jokingly.

“Well what a small glacier we live on!” she says.

Maybe I’ve been too quick to make judgments on paper, I think to myself.

“I’m just going to lunch, would you like to join me? Perhaps we could talk a little more about this.” I say with a smile while gesturing to her box. 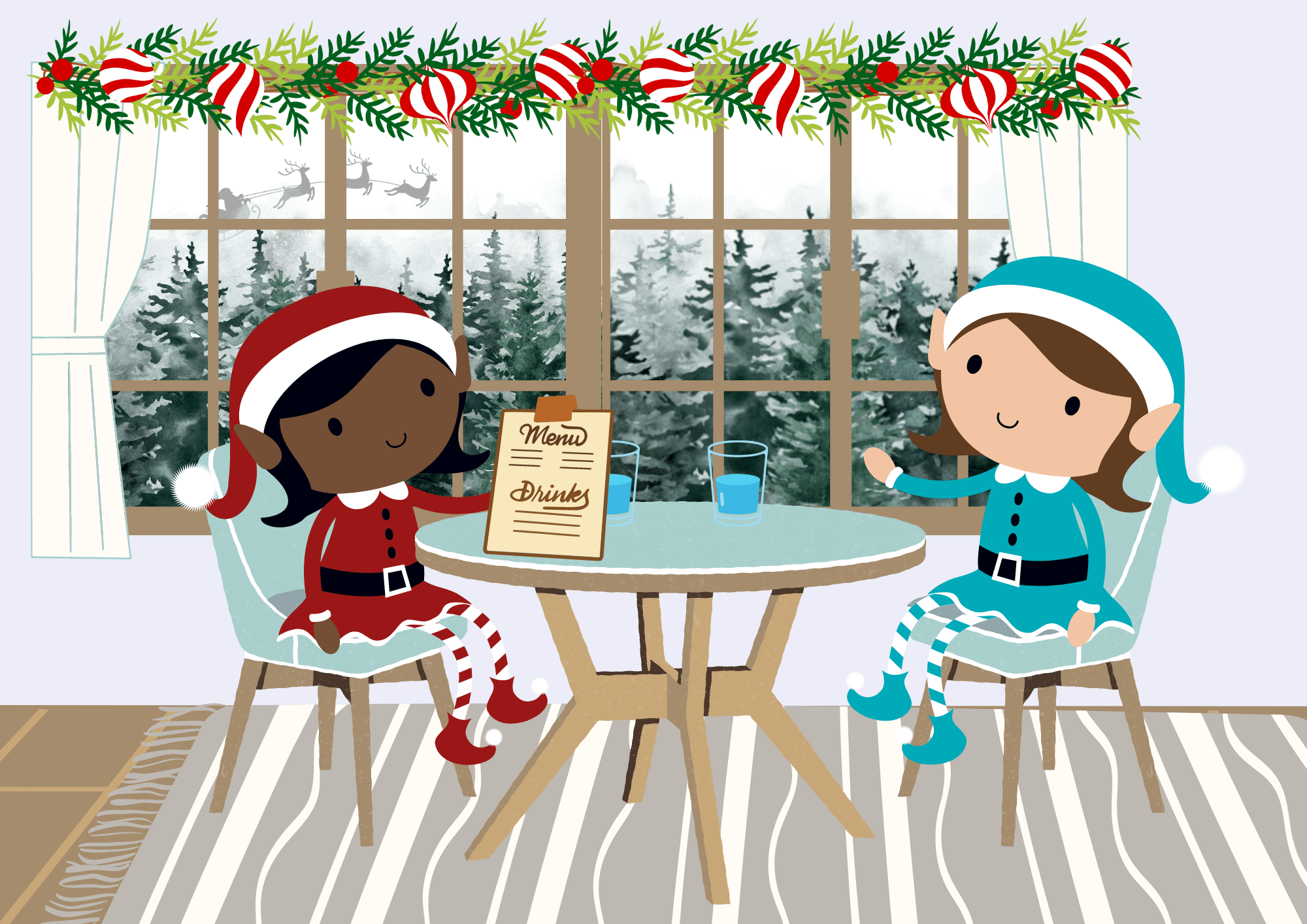 Not everyone’s lucky enough to bump into their dream job, but getting to meet you on CareerLunch could be the next best thing. Here’s to making connections and being a part— big or small —in one another’s stories. Merry Christmas from the CareerLunch team!